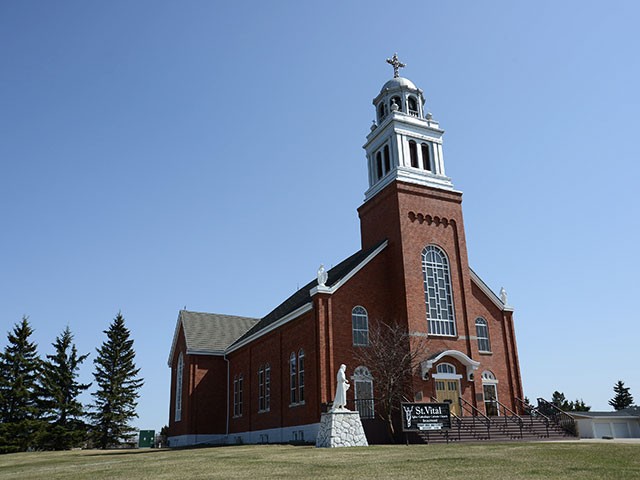 In 1894, 10 acres of land were purchased from the Hudson’s Bay Company, and an additional 20 acres were donated by a founding resident. This land was used to found the hamlet of Beaumont in 1895, establishing it as a French farming community. St. Vital Church, now a historical landmark in the community, was constructed in 1895. The church burned to the ground in 1918 and was rebuilt in 1919.

The town has experienced significant population growth in the last 40 years due to the economic effects of the housing industry. In 2013 Beaumont had a population of 14,916, making it one of the largest towns in the province of Alberta and eligible for city status.

Beaumont’s parks, connected by a 22.5-kilometre trail network, are open year-round. The 51-acre Four Seasons Park is the home of Don Sparrow Lake, which offers trout fishing in summer and skating in winter. The park also has five ball diamonds, a football field, a volleyball court, picnic sites, and playground equipment. The Beaumont and District Lions Water Play Park has a water play structure and picnic areas. Beaumont also has an RV park and the Beaumont and District Lions Skatepark.

Other popular destinations in town include the Beaumont Library, Chantal Bérubé Community Youth Centre, Ken Nichol Regional Recreation Centre, and the Aqua-Fit Centre. The town is also home to the Beaumont Blues Festival, one of Canada’s few all-Canadian blues festivals. Residents have easy access to Edmonton via 50th Street.

Beaumont, or “beautiful hill,” was named for the hill where St. Vital Church is located in the centre of town. The name was chosen in 1895 when the hamlet was petitioning for a post office.

Tweets about #yeg AND #beaumont