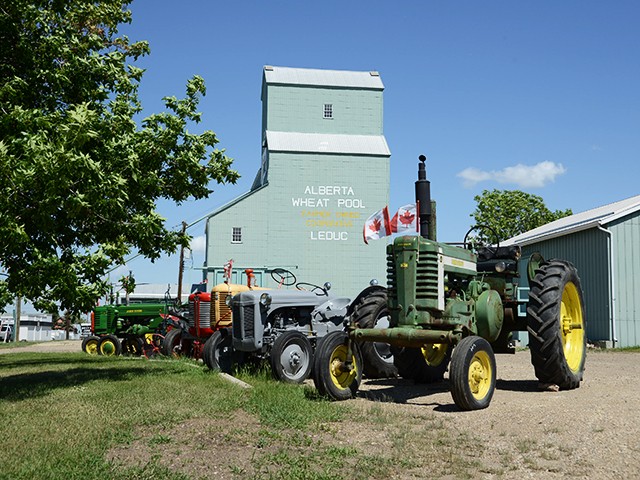 The city of Leduc is located 33 kilometres south of Edmonton. The area was opened to settlement in 1891 by the establishment of the Calgary and Edmonton railroad.

Leduc was established as a village in 1899 when a settler named Robert Telford purchased the land. Telford became Leduc’s postmaster, general merchant, justice of the peace, and later the mayor. Leduc became a town in 1906 and was given city status in 1983. The historic oil strike in 1947 occurred near the town at the Leduc No. 1 well.

By 2013 Leduc had a population of 27,241, which now thrives on the oil and gas industry. Leduc is a founding member of the Leduc-Nisku Economic Development Association, which promotes the business area near the Edmonton International Airport. The Leduc Business Park and Nisku Industrial Park together contain thousands of businesses.

The schools in Leduc operate under the Black Gold Regional Schools and the St. Thomas Aquinas Roman Catholic Separate Regional Division #38 boards. There are 12 schools in Leduc, including elementary, middle, and high schools.

The city has over 35 kilometres of pathways for residents to enjoy, as well as Telford Lake and Saunders Lake. When the development of Telford Lake is complete, residents will be able to enjoy multiway trails, all-season recreation, paddling, and park facilities.

The Leduc Recreation Centre has provided fitness services to the city since it opened in 2009. The 309,000-square-foot building has three NHL-standard arenas, a fitness centre and track, an aquatic centre, a curling rink, an indoor playground, and field houses for indoor soccer and lacrosse. Leduc’s theatre, The Maclab Centre for the Performing Arts, also provides fine arts facilities in a 460-seat space.

Residents have easy access to Edmonton via Queen Elizabeth II Highway. The intersecting Canadian Pacific Railway lines and the nearby Edmonton International Airport also provide transportation to the oilfield in Fort McMurray.

The origin of Leduc’s name is uncertain, as two stories are in popular circulation. Local legend says that in 1890, a settler who was establishing a telegraph office decided that he would name the new settlement after the first person to walk through the office’s door. The first person was Father Hippolyte Leduc, a local priest. The official version, however, states that Edgar Dewdney, lieutenant-governor of the Northwest Territories, chose the name when the railroad station was built in 1891.