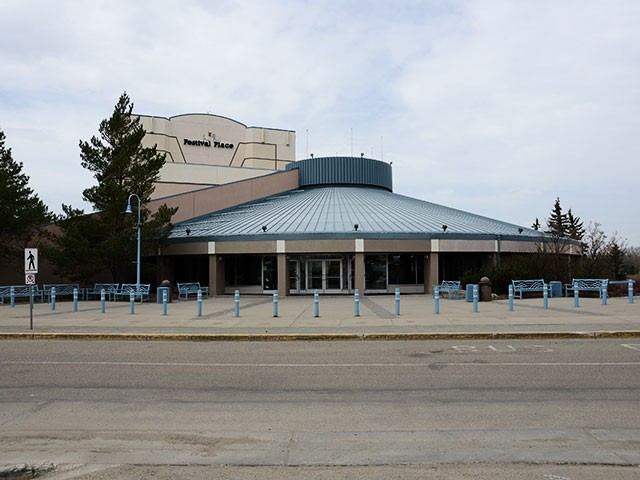 The hamlet and urban service area of Sherwood Park is located in Strathcona County, east of Edmonton. The hamlet is bounded by Yellowhead Highway to the north, Wye Road to the south, Highway 21 to the east, and Anthony Henday Drive to the west. Some business and residential areas extend above Yellowhead Highway and below Wye Road.

In 1952, John Hook Campbell and John Mitchell planned to build a town for the oil field workers in the area. The project was approved by the Strathcona Municipal Council in 1953, and Sherwood Park was established on a section of farmland by 1954. In a county plebiscite in 1987, residents elected to maintain their single local government and their status as a hamlet. The county was designated a specialized municipality by the Province of Alberta in 1996, allowing it to receive grants and provincial benefits. As of 2012, Strathcona County had a population of 65,465 residents living in Sherwood Park.

The Refinery Row district, which is located west of Sherwood Park and south of Yellowhead Highway, includes many of the larger oil refineries in Western Canada.

Residents have easy access to Edmonton via the Yellowhead Highway, Baseline Road and 101st Avenue, Wye Road and the Sherwood Park Freeway, and the nearby Anthony Henday Drive. They can also use Sherwood Park Transit’s commuter routes.

The name Sherwood Park came about in 1956 when Canada Post would not approve the names Campbelltown or Campbell Park for the hamlet, as several other communities in Canada had similar names. It is possible that the developers were thinking of the area’s forests.