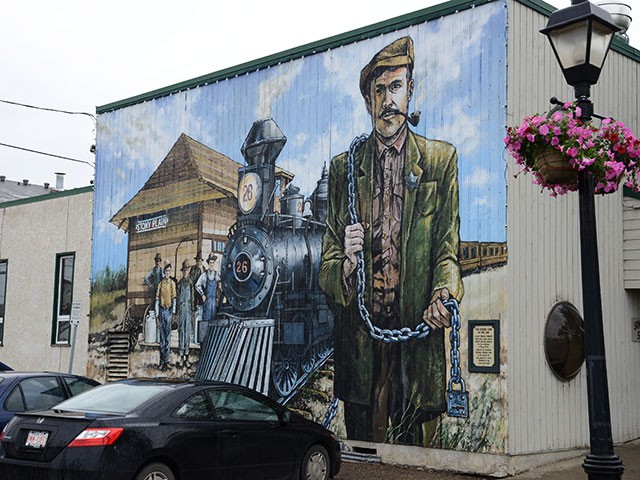 The town of Stony Plain is located in Parkland County, west of Edmonton and just southwest of the city of Spruce Grove. The town is approximately bounded by Township Road 524 to the south (with some land use further south), Boundary Road (Range Road 275) to the east, and Range Road 12 to the west.

In 2011 Stony Plain had a population of 15,051, making it one of the largest towns in the province of Alberta and eligible for city status. Stony Plain is nicknamed “The Town with the Painted Past” because of its mural program, which began in 1989 to commemorate the community’s history. Artists from across Canada have contributed to over 30 outdoor paintings of all shapes and sizes.

The eight schools in Stony Plain operate under Parkland School Division No. 70. Stony Plain has a 25-kilometre trail network that is used for walking, biking, and rollerblading. There are over 20 playgrounds located throughout the town, as well as three parks, a skate park, and a BMX park. Residents can also enjoy recreational time at the Stony Plain Public Golf Course, Stony Plain Public Outdoor Swimming Pool, and Stony Plain Rotary Spray Park.

The town has several cultural locations, including the Stony Plain Public Library and the Multicultural Centre Public Art Gallery, which features work by Albertan artists. The Stony Plain and Parkland Pioneer Museum has 10 historical buildings and over 6,000 artifacts from homes and farms. The Multicultural Heritage Centre is a former brick schoolhouse containing a museum and the Wild Rose Historic Library and Archives.

Residents have easy access to Edmonton via Parkland Highway.

Before it became Stony Plain, the town was called Dog Rump Creek. The name Stony Plain was chosen either for the Stoney First Nations people who lived in the area or for the large number of rocks spread throughout the area.