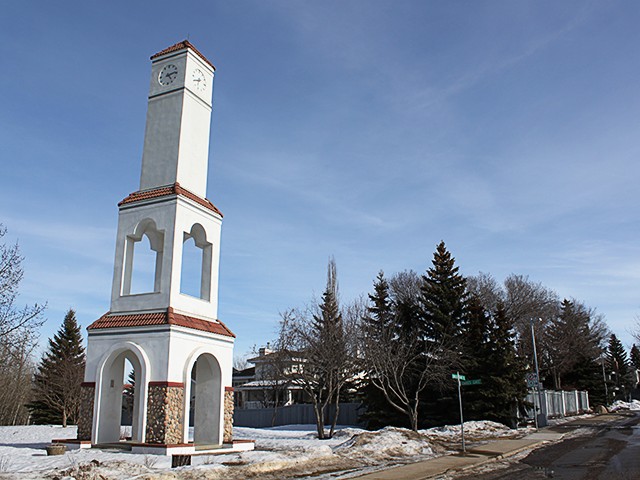 Prior to urban development, the land was used primarily for agricultural purposes. Single-family residential lots were developed in the early 1980s, and multi-family housing was developed in the late 1980s. The plan for the neighbourhood was to create a low-profile but compact urban atmosphere accentuated by the overall orientation of the entire neighbourhood toward the ravine.

The natural topography of the area and Ogilvie Ridge’s integration with the North Saskatchewan River Valley ravine system are some of the key defining features of the neighbourhood. The neighbourhood is naturally divided into three areas by two finger-like extensions of the ravine. One finger runs due west close to the northern boundary, and a second ravine extension runs south in the central area of the site.

A large park site is located at the centre of the neighbourhood and includes playing field space, a naturalized park, a water feature, and tennis courts. Single-family homes were built to overlook this central open space, which provides great amenities for the community.

Pedestrian circulation is provided by a system of walkways and bikeways linking the major school and park sites, transportation facilities, and top-of-bank areas. The internal circulation system was designed to maximize pedestrian accessibility to the bus lines, and all homes are within about 400 metres of the collector road, along which public transportation runs.

The neighbourhood was named after James H. Ogilvie (1893–1977), who was a politician for 57 years, a lawyer, and a veteran of World War I. Ogilvie originally came to Edmonton from Nova Scotia in 1914 and enrolled at the University of Alberta. He was called to the bar in 1920 and served as a city alderman between 1932 and 1948.

Homes for Sale in Ogilvie Ridge 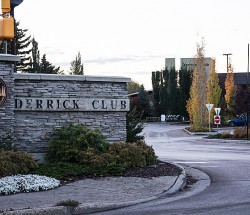 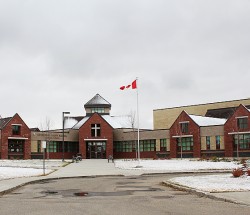