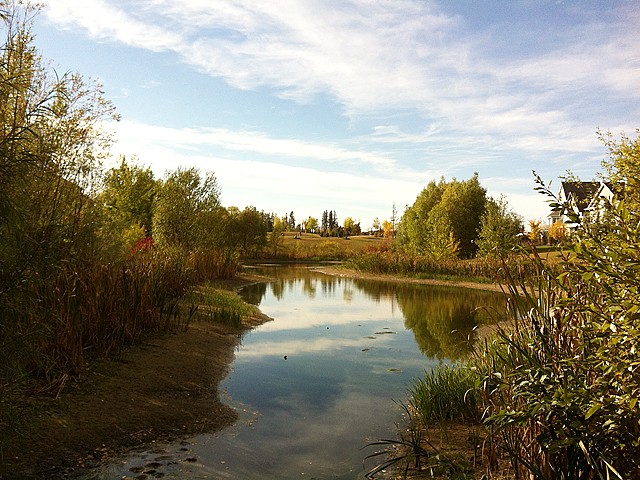 Prior to undergoing urban development in the late 1990s and early 2000s, the Blackmud Creek area was in agricultural use. The plan for Blackmud Creek was intended to take advantage of existing natural features within the area and to create an attractive, affordable residential community.

A natural area of mixed tree species is preserved in the Virginia Park Woodland, which is located in the northeastern portion of the neighbourhood and provides habitat for local species of flora and fauna.

Blackmud Creek is a predominantly low-density residential community, with higher density housing and commercial land uses located at the edges of the neighbourhood along 111th Street and Ellerslie Road SW (which are collector roads). Medium-density townhouses are located between the commercial area and apartments in the northwest and the low-density single-family homes located towards the interior of Blackmud Creek.

Interior roads consist of loops and cul-de-sacs, which create small residential enclaves within Blackmud Creek and reduce through traffic. The neighbourhood lies south of Ellerslie Road and east of Calgary Trail. Adjacent neighbourhoods include Richford to the north, Rutherford to the west, and MacEwan to the northwest.

This neighbourhood is named after Blackmud Creek, which borders the community along the south and east.

Homes for Sale in Blackmud Creek 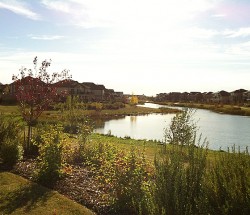 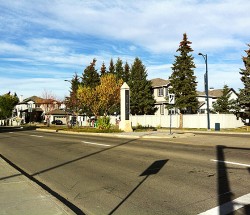 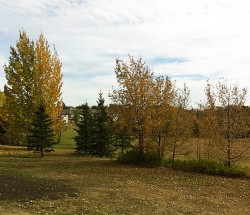 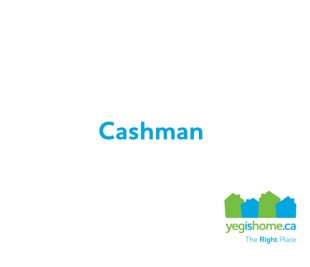